Accompanied by an essay written by William Fenstermaker, Editor at The Metropolitan Museum of Art and Associate Editor of The Brooklyn Rail

Eli Klein Gallery is pleased to present a solo exhibition of works by Shanghai-based artist Shen Fan, a pioneering figure of abstract painting in China. A leading Chinese artist whose career spans nearly 40 years, Shen is an artist who defies being categorized into a certain style or school. The upcoming exhibition will survey a wide range of his works and examine his own unique takes on Chinese abstraction. Titled, Shen Fan: Works in Abstraction 1992 – 2017, the exhibition includes a range of works that illustrate Shen’s ability to combine Western expressionism with Eastern philosophy and traditional Chinese art practices, to pave a unique path for contemporary Chinese abstraction.

The exhibition will be on view from November 29, 2018 through February 16, 2019, and will feature twelve works from three important periods of Shen Fan’s career from 1992 to 2017: oils on paper from the early 1990s, Shan Shui (Mountain and River) paintings from the early 2000s, as well as three recent acrylics on newspaper from the Punctuation series. At a time when an increased number of historical and contemporary Asian artists with deep roots in Eastern philosophy are receiving their overdue attention in the U.S. and in Europe, the upcoming exhibition will continue that dialogue by spotlighting the career of an important figure in the development of Chinese abstract art.

Contemporary art in China was mostly dominated by Social Realism until it experienced a profound shift in 1978 with Deng Xiaoping’s establishment of a new Open Door policy for the country. With the sudden availability of Western art publications, many artists began to adopt the Western style as a new mode of creating art, yet Shen rooted his work in Eastern philosophy in his pursuit of modernity. Whereas Western Abstract Expressionism is often associated with action painting and direct, energetic brushstrokes, Shen, in his 1992 and 1993 oil on paper works, indirectly imprint oil through the gesture of rubbing—a technique that has been practiced in China for thousands of years—symbolizing Confucian values of order and moderation and other Eastern philosophical principles.

A number of abstract paintings from 2004 to 2009 illustrate Shen’s reinterpretation of Shan Shui, the traditional Chinese landscape painting, and his unique understanding of nature. For example, while traditional Chinese paintings influenced by Taoism present water as soft and feminine and rocks as rigid and masculine, Shen’s Shan Shui paintings completely subvert this dichotomy by depicting water with straight lines and mountains with curves. While the composition of these paintings may seem asymmetrical at a first glance, a perfect balance is achieved with borders that are intentionally left blank—a key element in traditional Eastern paintings.

Finally, in his more recent acrylics on newspaper from his 2017 Punctuation series, Shen eliminates texts from Chinese newspapers such as People’s Daily until only the patterns and structures of the paragraphs are left, exploring such themes as censorship and surveillance as well as the temporality of words.

A fully illustrated digital catalog with an essay by Will Fenstermaker, Editor at The Metropolitan Museum of Art and Associate Editor of The Brooklyn Rail, accompanies this exhibition. 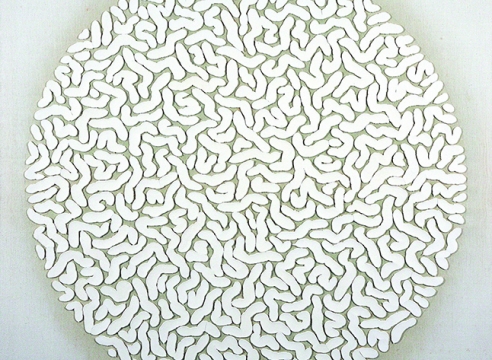 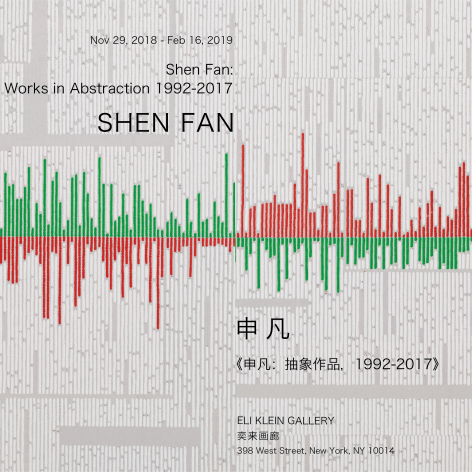 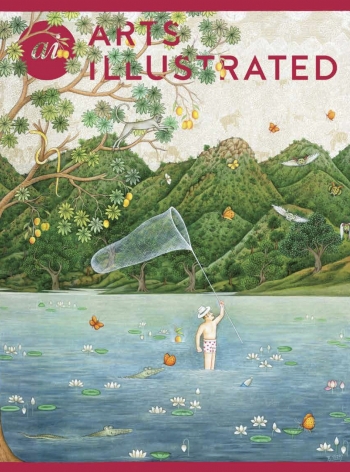 Shen Fan: Works in Abstraction,1992–2017 is featured in the February/March 2019 edition of Arts Illustrated. 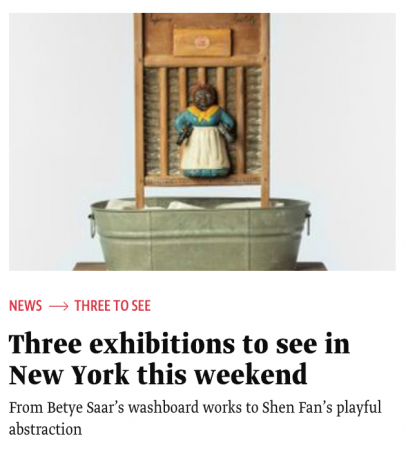 Shen Fan: Works in Abstraction, 1992-2017 is featured as one of three exhibitions to see in New York this weekend by The Art Newspaper. 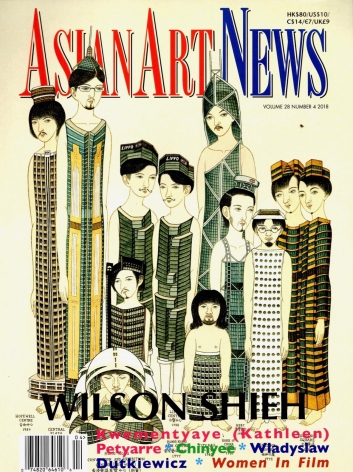 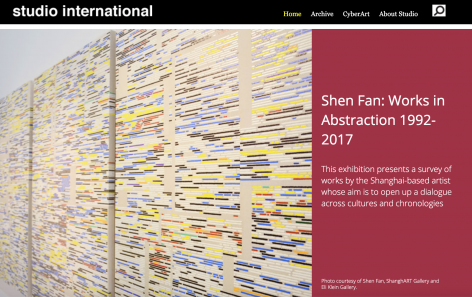 A review of Shen Fan: Works in Abstraction 1992-2017 by Lilly Wei is featured on Studio International. 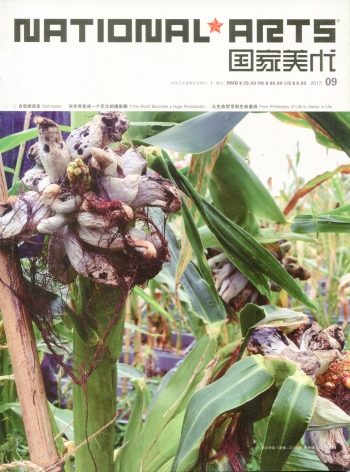 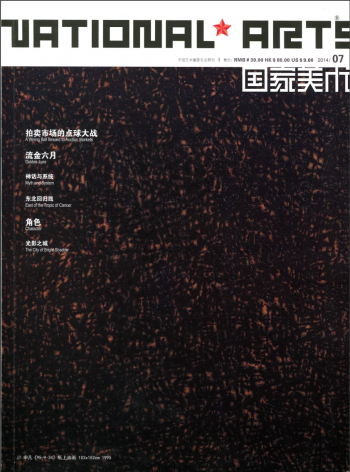 National Arts Magazine takes a look into Shen Fan's studio and the artworks he is creating. 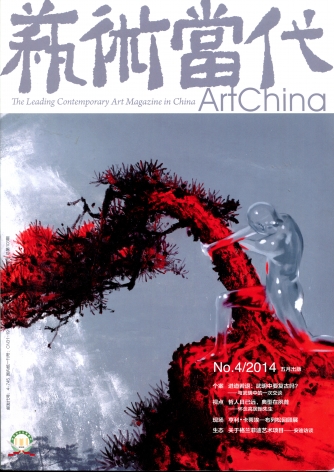 A look into the group exhibition A Fragment in a Course of Time: Landscape of Chinese Ink Art in 1980's at the Shanghai Himalayas Museum, Shanghai, 2014. 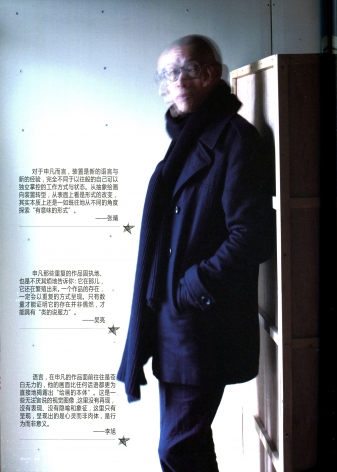 Shen Fan discusses his works in an interview for Portrait Magazine. 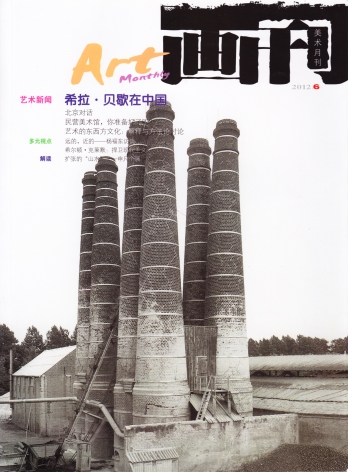 A review of Shen Fan’s installations from the exhibition - Shen Fan: Landscape - 9210 in Art Monthly Magazine. 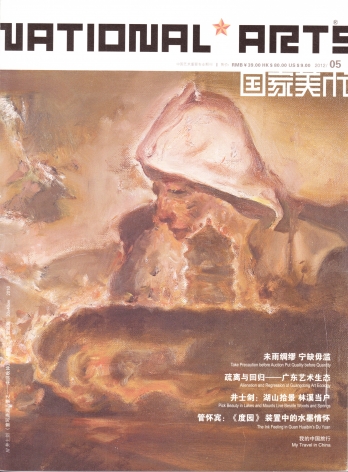 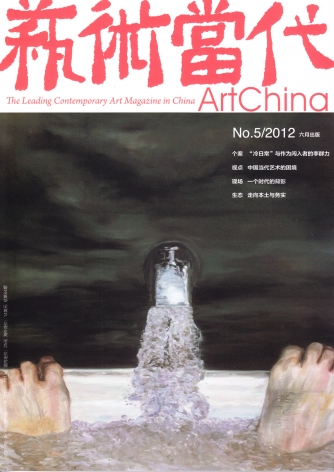 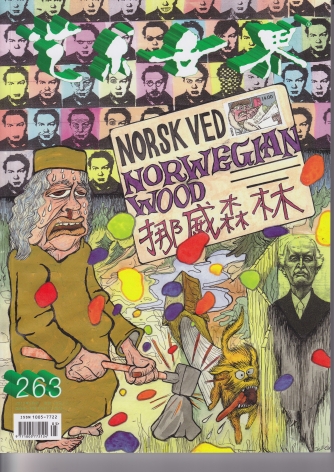 An introduction of the exhibition Shen Fan: Landscape -  9210 in Artwork Magazine.