Klein Sun Gallery is pleased to present an exhibition of video installations by Miao Xiaochun and Cui Xiuwen. Stretching the concept of reality, both artists utilize the human body as a medium for metaphysical and philosophical exploration. By confronting perceptions of spirituality and existence, they inspire an inquisitive examination of personal existential beliefs.

Miao Xiaochun presents "RESTART" and "Disillusion." The former is a three-dimensional animation in which Miao explores human existence through a comprehensive and emotional journey. Set to the score of Beethoven's Missa Solemnis, "RESTART" is a visual symphony in which the characters travel through time and space referencing the canon of art history. Meanwhile, "Disillusion" evokes Kafka-esque surrealism as the artist delicately presents the fragility of human life through a dance of virtual figures made of disintegrating linear elements and spherical forms.

Cui Xiuwen's "Spiritual Realm" explores the dimensions of spirituality through animated, ethereal human bodies. Twenty-two individuals swim in their isolated dark abysses, exploring the inner and outer connection to existence and the metaphysical. The figures shed their material complexities and create an exceptional religious and philosophical challenge to the  experience of human transcendence. 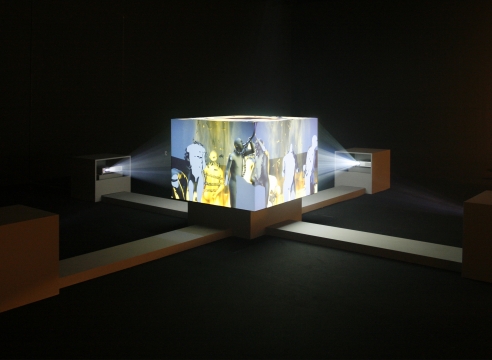 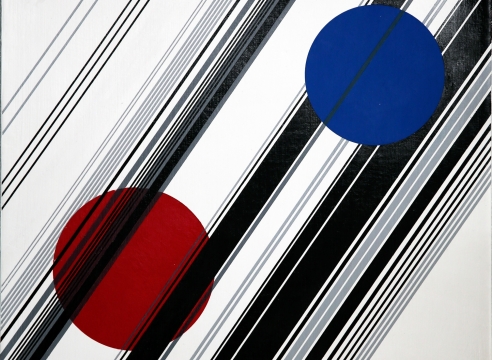