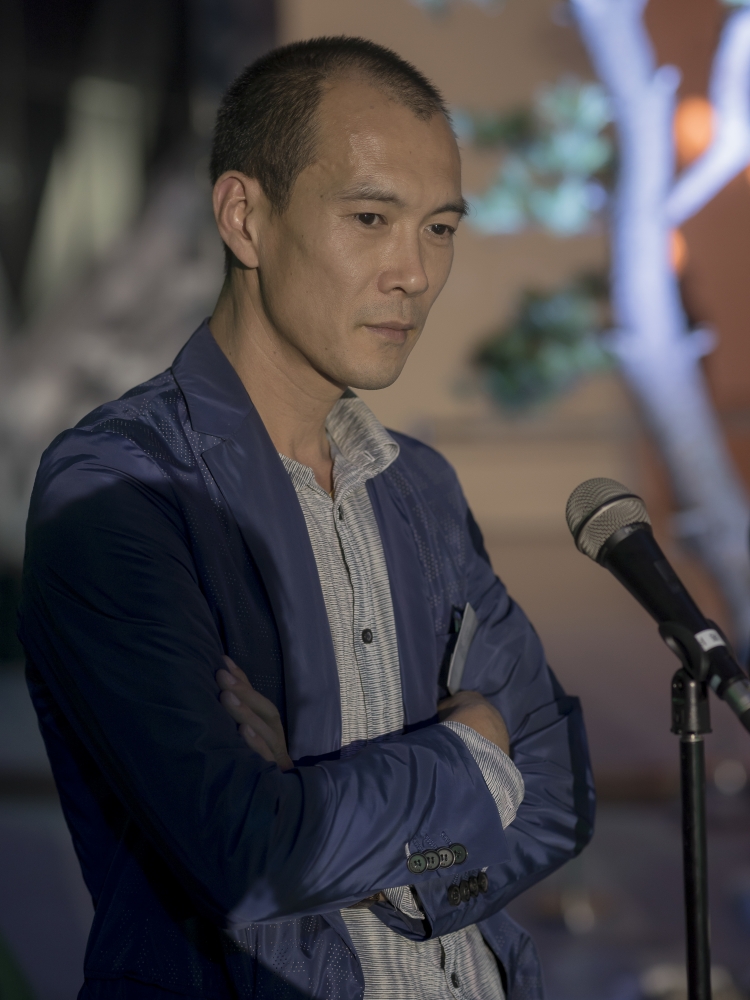 Zheng Guogu was born in 1970 in Yangjiang, Guangdong province of China. He graduated from the printmaking department at the Guangzhou Academy of Fine Art in 1992. Zheng Guogu utilizes performance, photography, painting, sculpture, embroidery and the environment in his work. His ideas have often been born out of a balance between commitment to his hometown, engagement in global contemporary art, and his interest in how consumer culture has impacted Chinese traditions. In 2002, Zheng Guogu, Chen Zaiyan, and Sun Qinglin founded Yangjiang Group, an artist collective focusing on experimental Chinese calligraphy and sculpture. Zheng Guogu began a long-term project in 2004 titled The Age of Empire (after a popular computer game), later renamed Liao Garden in which he has reshaped and built upon land that he purchased near his hometown. The project observes the changing relationship of architecture and the physical land, in relation to the virtual, spiritual, and legal worlds.

Zheng Guogu’s work has been collected by major museums including the Guggenheim Museum; Hammer Museum; The Museum of Modern Art; and M+ Museum, among others.

He received the Best Artist Award by the Chinese Contemporary Art Awards in 2006 and currently lives and works in Yangjiang, China.