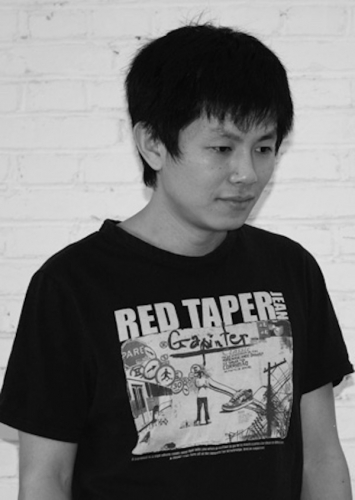 Hou Young was born in Beijing, China, in 1976. He graduated from the Central Academy of Fine Arts in the department of painting, in 1999. Hou Young's paintings attempt to convey self-expression through hybrid formalist styles. in his layered canvasses, he disassembles the domestic and the public, reworking the fragments into new landscapes.