Eli Klein Gallery is proud to present “Painting from Taiwan,” a group exhibition of nine multi-generational artists. Art from Taiwan is a critical component of contemporary Chinese art; robust institutional support for artists within Taiwan has helped seed a flourishing and important art scene. The wide range of styles and subject matter in this exhibition aptly demonstrates the versatility of contemporary art from Taiwan. "Painting from Taiwan" will be on view from August 1 through October 6, 2019.

Hsiao Chin and Ho Kan are masters in abstraction who connect their roots in Eastern philosophy with the expressiveness of Western abstraction. Ho’s abstraction is constructed by “subtracting” redundant things as a way to build a world of inclusiveness and diversity. Using dots, lines, color patterns and planes with the distinctive element of Chinese calligraphy, Ho not only creates a rhythm of his art, but also marvelously reveals a poetic space of Eastern aesthetics. As the founder of many art movements including the Movimento Punto (1961), the Surya Movement (1977), and the Shaki movement (1989), Hsiao Chin has a profound understanding towards the Western context of abstraction. His fascination towards the infinite led to his deeply meditative perceptions of the universe. He was conferred a Knight of the Order of the Star of Italian Solidarity by Italy’s President in 2005, and has been the recipient of many other honors. Hsiao is regarded as one of the most important Taiwanese artists who had a significant influence on art in both the East and the West.

Both Su Wong-Shen and Yang Mao-Lin’s work reference the absurdity and obscurity from the animal kingdom, while shedding highly relevant lights on human society. Su Wong-Shen often paints from a bird's-eye viewpoint, connecting social emotions such as isolation and humanly love with its equivalence in the animal kingdom. Yang Mao-Lin expresses his contemplation on life and passion for the unknown in his paintings of wild and bizarre deep-sea creatures, with a subtle mythological undertone that has always been present in his oeuvre.

Taiwan has recently seen the rise of a new group of emerging artists that comfortably flourish on the global stage incorporating subject matters and story-tellings that are internationally recognized. Compared to their predecessors, their visions are increasingly global while the awareness of their roots remains in their bloodline. Hu Chau-Tsung’s Home, Private Island (2015) is an example of what he calls “a consideration of boundary between natural environment and the artificial scene” — a vague, ambiguous and untouchable relationship, as well as a penetrating and contradictory sense of space. Taiwan’s rich and personal island history is being referenced subtly. Chou Tai-Chun offers a different take on environmental issues and the many natural disasters Taiwan has suffered from. He paradoxically renders tragic and chaotic moments with vibrant colors, providing an alienation from post-apocalyptic emotions. The environments created in Liu Chih-Hung’s works, in contrast, carrying a higher level of consistency. He applies a powerfully infectious ‘filter’ to natural objects such as palm trees. Liu leaves it to the viewers whether to treat his style as a personification of nature or simply an idealistic reflection on ‘nature,’ which does not exist in reality.

Huang Hai-Hsin, on the other hand, turns mundane reality into freakish occurrences, adding a unique sense of humor to many everyday activities such as picnicing in a park or touring a museum. Finally, Wang Liang-Yin’s work depicts a dream that is both sweet and harsh. Referencing Anselm Kiefer, she believes there is never a beginning, but only an ending. When one steps towards the limit of cognition, the real, the unreal, the memorized and the imagined are often interlaced and juggled just like the many tentacles of an octopus.

“Painting from Taiwan” is organized by Eli Klein and accompanied by a fully illustrated digital catalog. 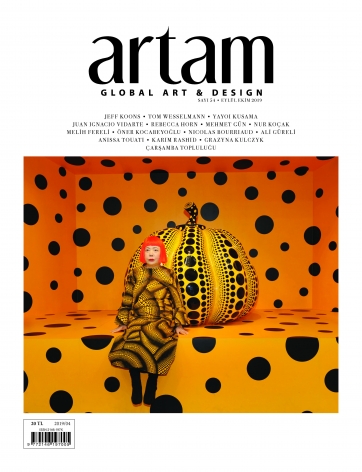 "Painting from Taiwan" is featured in Artam's 54th issue. 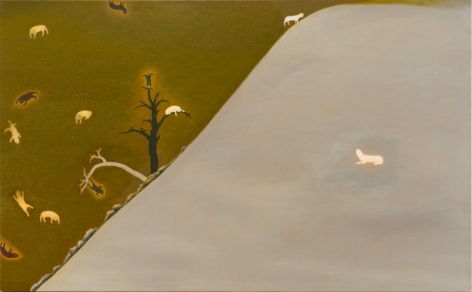