Klein Sun Gallery is pleased to announce Liu Bolin’s fifth solo exhibition in the gallery, "Mask." The show is a reflection of the artist’s multifaceted and complex view of contemporary society and culture. The critically acclaimed and internationally renowned artist will release the first works of a new series, "Hiding in California." He will also showcase new works from his famed "Hiding in New York" series, including an image in front of the harbored aircraft carrier—the "Intrepid," as well as his collaboration with French artist JR and Rock Star Bon Jovi. In addition to these works, the artist will unveil a highly anticipated new body of sculptures entitled "Mask," which craft an inquisitive contemporary commentary through a playful but contemplative twist on traditional Peking Opera masks.

In Liu Bolin’s new series, "Hiding in California," the artist makes use of his famed process to blend into the background of the iconic Hollywood sign in addition to the pioneering TED stage. "Hiding in California No. 1 – TED" speaks to the innovative, creative, and groundbreaking minds that take to the TED platform to affect change in the world. It is a representation of the speakers—Liu Bolin himself included—who compile their ideas and their efforts under the TED banner in order to spread their message and craft a better tomorrow.

"Hiding in California No. 2 – Hollywood" is a representation of the countless individuals who dedicate themselves to the entertainment world that Hollywood has come to symbolize. It also serves as a representation of those who are lost and forgotten in the pursuit of the fame that Hollywood epitomizes. Both of these works speak to an America that is in many ways similar to the themes the artist portrayed in the Hiding in New York series.

In an expansion of his "Hiding in New York" series, Liu Bolin’s photograph, "Hiding in New York No. 6 – Intrepid," is a multifaceted work speaking to both the prevalence of American strength as well as the consequence of military dominance.

"Mask" is a new body of sculptures that craft a contemporary twist on traditional Peking Opera masks.  Peking Opera masks are traditional forms of art that are used to depict heroes, legends, and gods found in Chinese history and culture. They are symbolic reflections of Chinese society and its values. By recreating these masks using the advertising and labeling of popular food and drink products seen throughout China, Liu Bolin addresses the rapidly changing, highly commercialized values of Chinese society. By adding a necessary layer to these works—welding masks—Liu Bolin speaks to the dangers Chinese face in their contemporary society. With constant risk of food and drink contamination, living in China can feel as dangerous as working with molten hot metal. For this reason, the series Mask—an evolution of a traditional art form—is intensely provocative.

"Mask" will be on view from June 6th through July 21st, 2013 and is accompanied by the release and signing of Liu Bolin's new book, "Being Ghost." Meticulously compiled by the artist, this limited edition 250 page book contains over 400 color illustrations, many of which are published for the first time. It includes never before seen writings by Liu Bolin that illuminate his work in a powerful new light.

Liu Bolin will create new photographs for his series "Hiding in New York" during the week preceding his opening. For further information, please contact the gallery at (212) 255-4388 or info@kleinsygallery.com. 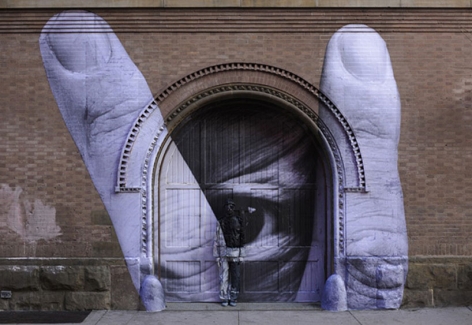 Designboom interviews with Liu Bolin for his latest "Mask" exhibtion. 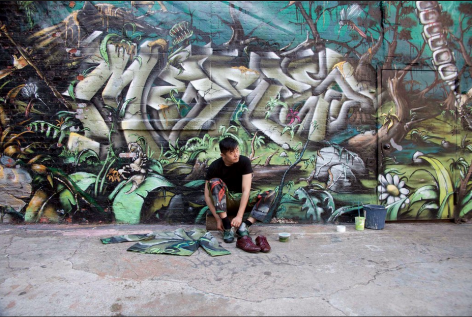 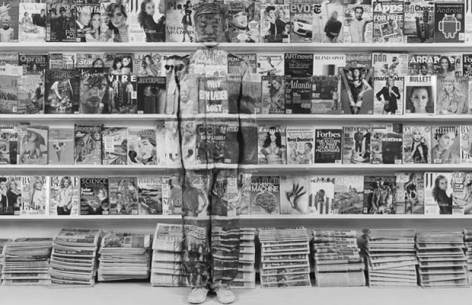 Liu Bolin shares the story behind, "Hiding in the City" at Complex + Art Magazine. 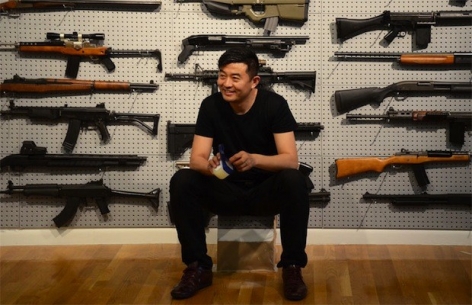