Klein Sun Gallery is delighted to announce the inauguration of our new space with Li Hongbo’s first solo exhibition in the United States, "Tools of Study." With what appears to be impeccable recreations of carved porcelain masterpieces, the sculptures are in fact entirely comprised of thousands of layers of paper. Li Hongbo's stunning, stretchable, paper sculptures, inspired by both traditional folk art and his time as a student learning to sculpt, challenge our perceptions. With a technique influenced by his fascination with traditional Chinese decorations known as paper gourds—made from glued layers of paper—Li Hongbo applies a honeycomb-like structure to form remarkably flexible sculptures.

An investigation into expression through one of the oldest mediums in history, Li Hongbo invites viewers to experience paper and sculpture in a revolutionary and insightful new way. Utilizing his expert knowledge of paper's natural strengths and weaknesses, the artist has transformed the media to stretch, twist, elongate and retract as if it were a giant slinky. Through this juxtaposition of playful mobility and a traditional aesthetic, Li Hongbo breathes a unique life into his works that stuns and awes the viewer.

While studying sculpture as a student, Li Hongbo often found himself instructed to recreate classical masterpieces. To him these works became "Tools of Study." Over time, he realized that the pieces were such familiar objects not only to himself, but also the general populous, and viewers immediately assumed anything mimicking the form was bound to be a porcelain-like replica of the original. Utilizing this assumption, Li Hongbo redefines these world-renowned masterpieces and forms his own unique style.

The exhibition will be on view at Klein Sun Gallery from January 9 through March 22, 2014 and is accompanied by a fully illustrated catalogue with essays by Lu Shengzhong, Wang Chunchen, Andrea Wolter-Abele, and Yin Shuangxi. The artist will be present for the opening reception on Thursday, January 9 from 6 - 9 PM. For more information, please contact the gallery at (212) 255-4388 or info@kleinsungallery.com. 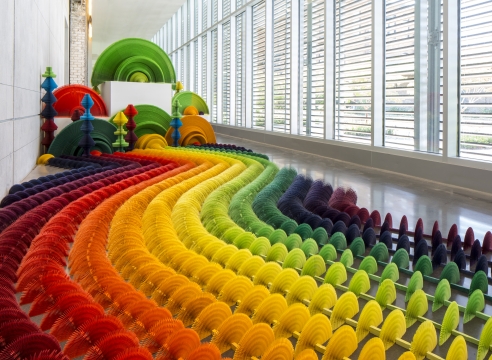 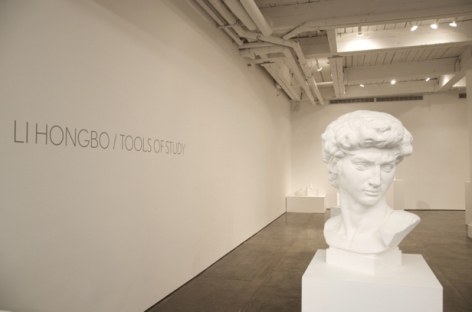 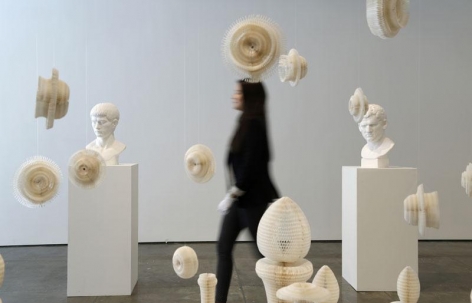 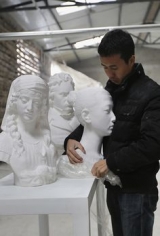 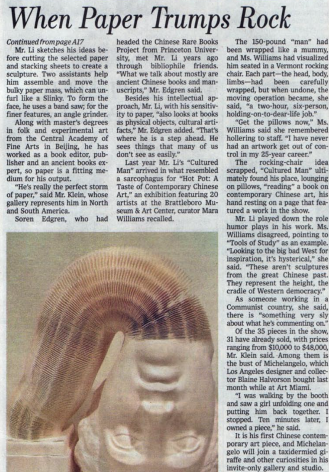 An article on Li Hongbo's "Tools of Study" (Klein Sun Gallery, 2014) and his body of work. 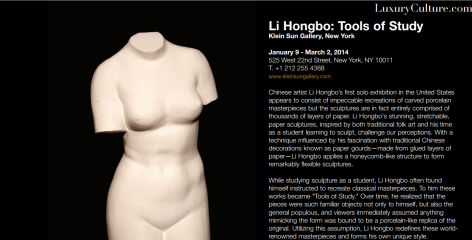 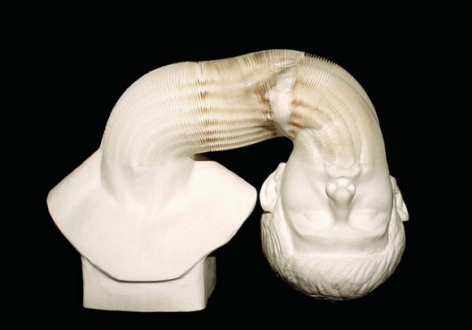 "Tools of Study" (Klein Sun Gallery, 2014) is reviewed in the arts and culture online journal Hi-Fructose.