Klein Sun Gallery is pleased to announce “The Simple Line,” a solo show exhibition of new mixed media installations by Beijing-based artist Gao Rong, on view from January 7 through February 13, 2016.

Gao has navigated notions of femininity and identity through domestic architectures in her previous series in which she created facsimile houses, rooms, and sites of memory rendered entirely in embroidered thread. Rather than romanticize the handicraft, however, Gao threads narratives together painstakingly through these embroidered fabrics, sometimes mimicking the act of suturing a wound. For her solo exhibition in our North Gallery, Gao condenses this process into abstract hoops that dissect the tensions between formalist styles and traditional folk craft indigenous to female domestic life in China. Each brilliant, iridescent thread is stretched across a wooden circle, symbolizing Gao’s constructions of space around herself and others, spaces that are in constant states of flux as the strings tense and relax on a never-ending loop. 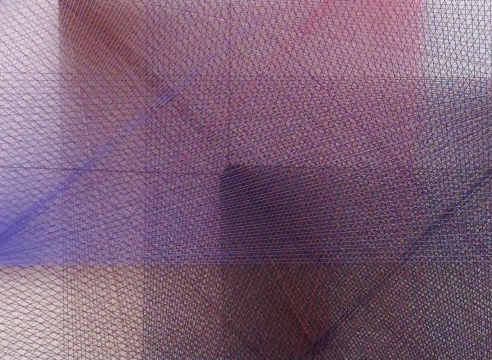 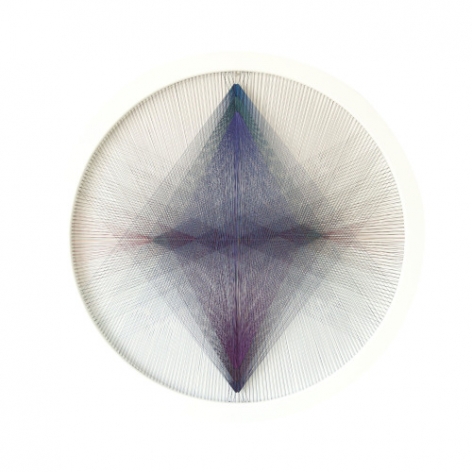 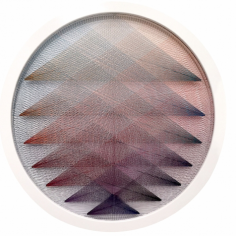 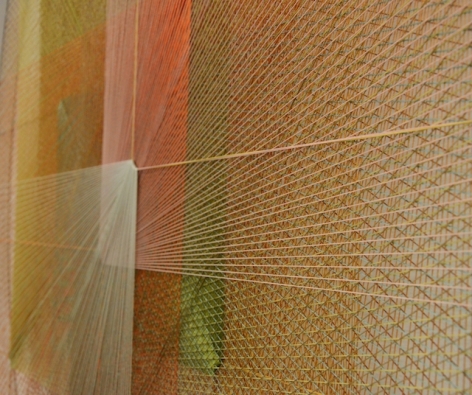