Eli Klein Gallery is proud to present "Architectural Representation in Chinese Contemporary Art," a group exhibition of twenty-one artists whose works survey the multitude of approaches of aspects of architecture interplaying with Chinese contemporary art. The exhibition, held on the full-floor penthouse of the One Thousand Museum edifice, not only pays tribute to the architectural giant, but also raises more possibilities in the ever-changing linkage of  architecture and fine art. The exhibition will be on view from November 30, 2019 through December 9, 2019—concurrent with Art Basel Miami 2019.

Contemporary art and architecture have become increasingly interconnected, terms such as "deconstructivism" and "abstractionism" link the two fields. In numerous recent projects throughout China such as MOCA Yinchuan, the Harbin Opera House, and the Ningbo Museum, we observe a mixture of the present and the past, the east and the west within the design of these new buildings, further redefining and blurring the line between fine art and design.

A part of Zaha Hadid's legacy that needs more examination is her deep involvement with China, which had been soundly established during her first visit to the country in 1981. Zaha famously claimed: "For many years, I hated nature. As a student I refused to put a plant anywhere."  It was her bond with China that had shifted her focus towards an embrace of nature. Zaha visited every single garden in Suzhou, her observation on the manner in which public parks had been the focal point of gatherings in the Chinese society that inspired her many design projects in the country. The striking structure of the Beijing Galaxy SOHO complex, evokes water and land forms in a traditional Chinese sense.

Mankind’s relationship with nature has historically and culturally been the focal point of Chinese philosophy, Chinese architecture and Chinese art. The observations of the architectural representation in art by the artists included in this exhibition are as notable as Zaha’s—only with their angles more distinct, and their mediums more diverse.

The duplicability aspect of photography is, at its core, architectural. The idea of reproduction, whether it’s constructing or deconstructing an imagery with photography, is quietly emphasized in the works by Birdhead, Ji Zhou, Li Lang, Luke Ching and Eason Tsang Ka Wai. More elaborately, in the works by Huang Rui, Szelit Cheung, Wang Enlai and Yang Mushi, architectural concepts were isolated and then reconstructed. Art historian Gao Minglu defines urban spectacle as “a misplacement and distortion of real place and time built on an objective documentary foundation.” Painters Chow Chun Fai, Liu Weijian and Zhou Zixi record real place and time with a distortion that is based on social commentary even though each comes from a distinct background. Finally, in Bi Rongrong and Shen Zhenglin’s works, architectural concepts are pushed to an extreme and leave viewers anxious to make sense of the unfathomable structures that had been created. When you believe these illusion-filled structures will never possibly become the blueprint of a work of architecture in real life, you ought to think again. 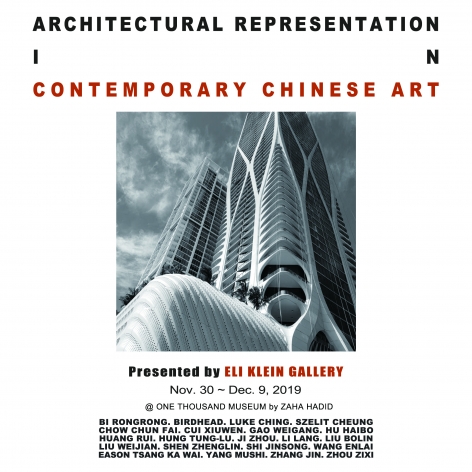 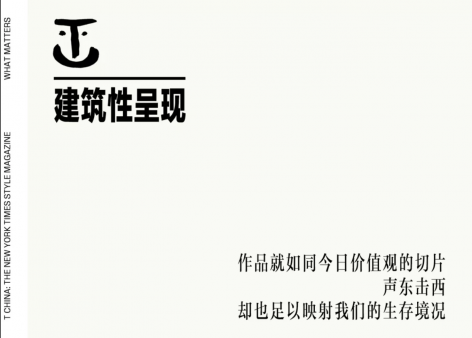 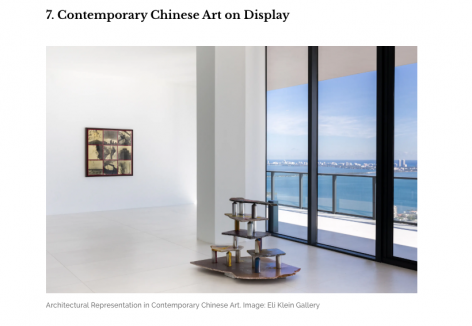