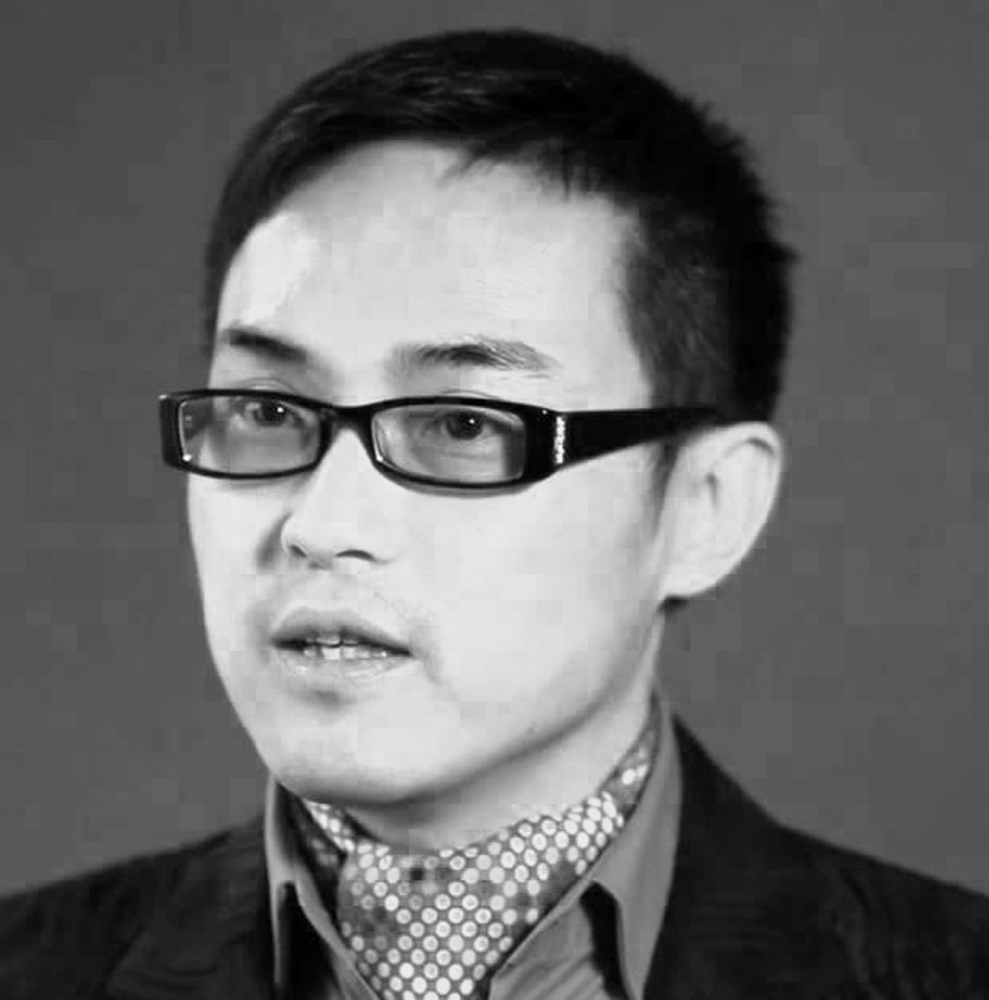 Zhong Biao was born in 1968 in Chongqing, China, and graduated from the department of oil painting at the Central Academy of Fine Art, Beijing, in 1991. With his compositional paintings, overlain with references of politics and society, Zhong Biao investigates Chinese culture and citizenship; tense interplay between body and object feature heavily in his works, usually against typical dystopian landscapes of China. His recent body of work sees him stretching the boundaries of the medium of painting, using brush and stroke to extend the impasto marks, mirroring his philosophies on the cylical and ever-occuring timelines in our world.