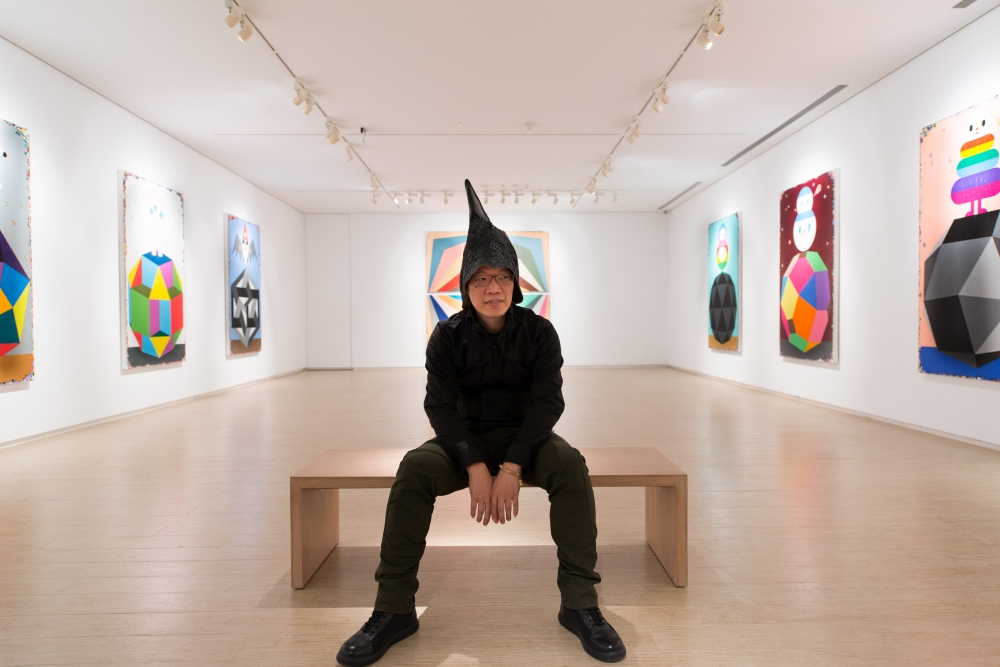 Lai Chiu-Chen was born in 1970 in Taiwan. After graduating from the National Institute of Arts at Taipei with his BFA in 1994, he enrolled in Taipei National University of Arts and received his MFA in 2002. Lai’s work carries a sense of pop culture, but amidst the animation and comic appearance, its essence sits on the everlasting themes of painting: simulation and reproduction. His state of creating corresponds to what Bohemian-Austrian poet and art critic Rainer Maria Rilke has said: It is exactly from this contradiction between the current trend and the artist’s untimely outlook on life that a series of small liberation emerged.