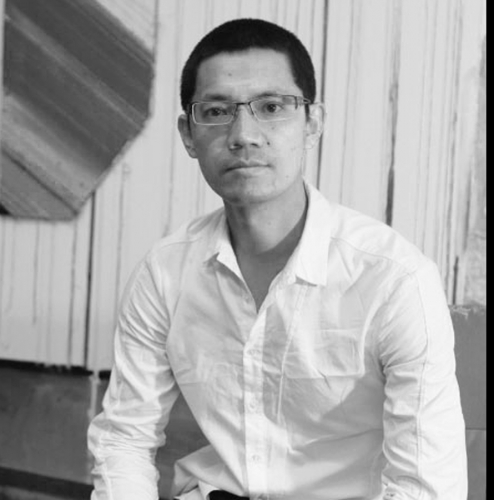 Chen Yujun was born in 1976 in the Fujian Province, China. He graduated with an MFA from the Department of Comprehensive Art at the China Academy of Art in 2007.

Chen’s childhood left an impressionable mark on him, resulting in a body of work fraught with introspective self-reflection and domesticity. His collage pieces, which he views as powerful contemporary visual language, often reveal the landscapes of his home province.